And right there is “my” rub.  The “my” group that is free to be, that is spoiled and coddled and has every opportunity in the world because they live in a country where one has security and can afford to pick and choose what part of an ideology they like if it makes them feel good!

If something does not happen to you, does not effect you, then it’s someone else’s problem ……. “It’s tragic what’s happened to these women. But…” – Debbie Almontaser, American muslima – 3/25/12 (from our twitter exchange)

But what Debbie?  What about these “other” women? Three stories just from yesterday! H/T @ShariaCrimes   Acid attack  – H/T CounterJihadKnights  Another! Acid attack  –  10 yr old tortured to death

On Saturday, March 17, Fakhra Younus took her own life after enduring twelve years of physical and emotion pain because in 2000 her husband punished her for leaving him by dousing her in acid!

What about Fakhra Younus, Debbie?  You support the “MillionHijabMarch” – would it be so difficult to have you bring awareness to a million other muslima of the plight of women who don’t have the luxury of saying #MyIslamRespectsWomen?

I believe they are part of the answer – 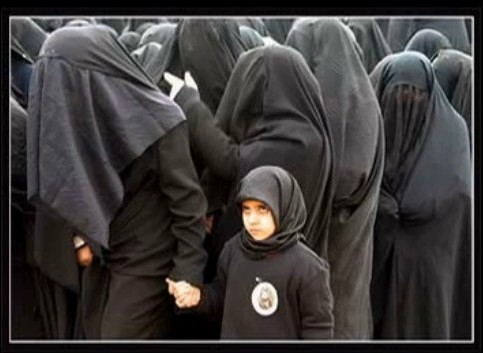 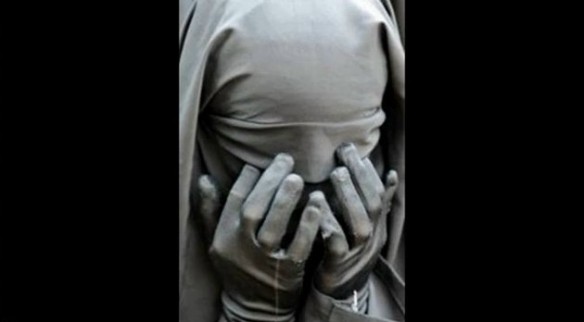 I know they are part of the problem –

I mourn that they are the victims –

From “The Gates of Hell” – She refused a marriage proposal.

They will not go quietly into that good night –

A tweet by Anjem “chops” Choudary last week – “The war between Islam & kufr is on every level from military to economic to propaganda.”

Allow me to spotlight a bit of propaganda (violence, hate, gore) which Google insists they can’t do a damn thing about – the apologists insist doesn’t exist – and the detractors scream is islamophobic.

We have spent five years posting thousands of videos full of hatred, full of violent scenes of death and slaughter and celebration of horrific atrocities – all brought to you by – “the religion of peace.”

Still – awareness of the pure evil that is committed in the name of islam is missing whatever component necessary to sear this knowledge into the consciousness of the free world.

A photo essay has been written by a man named Danny Jeffrey titled The Gates of Hell – h/t @1389.  If this writing and the photos don’t awaken the sleeping giant of the free world, then the time will be very short before we become the slaves of the slaves of islam.  He writes –

What I have learned of the cult of death called Islam, the so called “Religion of Peace,” has changed me forever. Since then I have viewed videos and photos of the vicious, barbarous acts that no human being  should ever see, mainly because the inhumanity found in those photos should not exist on the planet Earth.

The things that I have learned about Islam have given me a resolve to reveal to all that will look and listen, that this evil, which now lives among us is so appalling that it must be pushed back to the deserts of death from which it sprang.

If you are anything like me you have been trying to awaken your fellow human beings to the dangers we face from this tribal mentality that has cast a dark shadow over the world for fourteen hundred years.

Any who disbelieve that Islam is an incarnation of evil will have to accept the reality that we know to be true. If they can look at the following photos and walk away unscathed by the experience and still defend Islam then they are one of two things. Evil, or simply not worth saving.

There are fifty photos in this work.  They are extremely graphic!  If you read this piece, please, please, pass it along.  Time is short to stop this madness from becoming a part of our lives.

Enter now, “The Gates of Hell”

Never forget – innocent – and dead at the hands of islam. 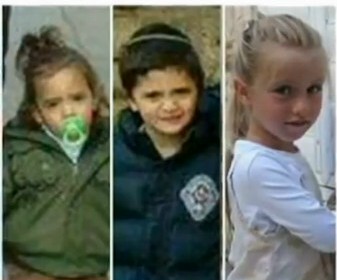 Posted @ 1389 Blog – Counterjihad from – The Most Popular Badge In Afghanistan

A read worth one’s time.  Propaganda I think many of us have bought into – Islam, the fastest growing religion.  Not according to this – h/t @FlippinTheRaya – article via Islam Watch – “An Ex-Muslim’s Open Letter to Muslims of the World”.  … Continue reading →

“We love death more than you love life!”  We have heard it from every mouthpiece of islam alive.  And that is exactly the message the Obama administration has sent before and is sending now by apologizing and bowing to the demands of the death cult that is islam with regard to the koran burnings a few weeks ago.  We are but a breath away from total capatulation to the will of ‘allah.’

It behooves ‘we the people’ to ask ourselves if this is the epitaph we will allow our administration to write for this great country?

What does a Koran cost? You can get a full color one for the Kindle for only 99 cents, just don’t expect it to feature any pictures of old Mo. If you want to go deluxe, you can get a hardcover edition that runs three different translations side by side for around 40 bucks.

But if you want to be more practical about it, the price of a Koran is the lives of six American soldiers.

That butcher’s bill doesn’t count the soldiers who burned the Korans, who despite following procedure will be penalized on orders of the White House which thinks that punishing American soldiers will somehow satisfy the Koran fueled bloodlust of men who aren’t satisfied with their corpses.

Please, please read every word – The Price Of A Koran by Daniel Greenfield

The moment that the punishment (no matter how severe) of the five soldiers is revealed will be the moment the next wave of rage begins.  Shortly after, the body count of American soldiers, dead because of this incident, will increase.  The animals are planning their revenge even now.  Count on it.

From where I sit, I see nothing in islam that embraces any of the same values that the West shares be it animals or women or children or tombstones.  The picture below was taken last week.  Tis the season for dogfights in Afghanistan and there are several quotes from those salivating in the wings for the next round.  The incident in the video below also happened as a result of the POS book burning.  As I said – our values are worlds apart.

“We want the Afghan government to bring the people who did this to us. We will kill them ourselves.”

“Even if the people who did this are prosecuted. The anger will never, ever go away. It will always be stuck in my heart.”

“When we watch these dogs it’s a way of expressing our anger against the Americans. We think the Americans are being attacked.”

“We call the dogs who lose Americans. We are furious about the Korans.”

We Call The Dogs Who Lose Americans

It is time for our allies to go home.  It is time to bring our sons and daughters home.  They are going to be needed here in a very short time.

Sad.  And grateful for what Andrew Breitbart accomplished in such a short lifetime.

I spent quite a bit of time yesterday reading and watching videos and the sadness was dispelled often when I was reminded of the funny and fun loving side of him.  At the bottom of this post is a photo he would probably have enjoyed very much.

James O’Keefe
I woke up this morning saddened by the loss and lonely without his presence; he had long been a source of comfort and advice for me because he knew better than anyone the challenges faced by citizen journalists. Better than anyone he understood the effort and energy required to fight. Not just the big fights, but also the small fights. Every article, every email, every tweet was a battle to get the truth out despite the forces that were working against him. Every day was a new struggle against the forces of conformity and compliance.

Thank you James O’Keef for putting into words exactly what I think Breitbart would have wanted conveyed – Lan astaslem – “I will not surrender” – the battle rages on.

From – Daniel Greenfield – Islam Uber Alles – (islam above all else)
“The first law of human affairs is force. Before all other laws, the ballot box and appeals to reason, is that primal law that enforces submission through violence. Islam is a religion built on that first law, forcing everyone to choose whether they will be the oppressors or the oppressed, whether they will be a Muslim or a Dhimmi.”
~

“There is nothing that serves the first law so well as opponents who compromise or offer gestures of appeasement.”
~
“The cowardice of our leaders has elevated the Koran and its demented author above freedom of speech, above the rights of Americans and the lives of American soldiers.”
~
“The flag of Islam Uber Alles is flying over our cities, our governments and our foreign policy. Every time we submit, retreat and eagerly show the invaders how well we can cooperate with their demands, another flag flies in place of our own.”
~

And – I just pray the Kool-Aid drinkers have another Tiger Woods moment here real soon! Remember? We woke up one day and found Tiger was not the all American hero/athlete we thought he was. The MSM had hidden information on him for years – as they have done for one Barack Hussein Obama – as they have done in concealing the true threat of radical islam. It won’t be pretty, but neither will being methodically killed off without putting up a damn fight!
~
Folks – if I am reading this the way @VelvetHammer does – our military – those involved in the koran burnings in Afghanistan will be brought to trial – with the blessing of the President of the United States of America – in Afghanistan – under sharia law. It is time to pray. And it is time to WAKE UP AMERICA!

These – the slaves of slaves….